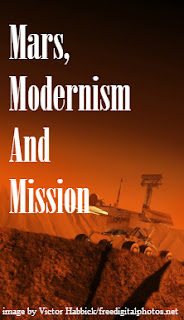 I can say from experience that the job market is tough these days. But even after many frustrating experiences of over-competitive recruitment processes, one I saw lately still managed to astound me. The recruiters were looking for people willing to take on very long, unbreakable contracts to do dangerous work in very tight confines in a geographically isolated place. Sounds unappealing but 78,000 people and counting have applied. Maybe because the job in question is going to mars to do scientific research and start a human settlement which admittedly is cooler than the average job.

As a Sociology nerd, so many questions come to mind about an endeavor like this. Things like how you frame your nationality and ethnicity would change when living on another planet, how social hierarchies would develop in such an unusually intense environment, how art and creativity would develop on Mars with limited resources for such things and what raising emotionally well adjusted kids in a martian colony would take.

A few things questions about the theological and ministry implications of the movement to get people to Mars also struck me.

If you believe those who say that we moved past a modernist approach to the world and into a more postmodernist view a couple of decades ago, our culture is largely cynical of metanarratives (big over-arching stories that explain everything) and of the idea that humanity is advancing, becoming better and more refined. While I think postmodernism does put forward some ideas worth pondering Watching some of the application videos made me wonder whether we weren’t quite as postmodern as some think. I was struck by the emphasis some of them had on the possibility this mission held out for moving humanity forward and solving some of our problems by bringing us together. As technology continues to advance in impressive ways through efforts like this, the Christian community will need to be especially mindful about how such hopeful attitudes about the potential of human endeavour to solve problems shape how people view their need for the gospel (or perceived lack thereof) at an individual and societal level.

While it is entirely possible that this scheme to get to Mars won’t be successful, I think it is reasonable to assume that sometime in the next century or so, people will make it to Mars.  When that happens, we’ll have lots of questions to work through to about applying theology and Christian tradition to the new environment of life on another planet. How would being one of a few or maybe the only Christian on your entire planet change how you went about practicing faith? How would a Christian ethic of caring for creation impact how you used and modified the previously untouched martian environment? How might the fact that God’s previous dealings with humanity had played out in another part of the solar system impact how you were inclined to think about them? These sound like somewhat absurd questions now, but it might not be that many decades until they are live issues.

What questions about society or faith does the Mars mission prompt for you?
Posted by Joanna at Friday, May 10, 2013